Flight from Glasgow to Dublin was uneventful. I guess that’s good. Dublin airport benefits from US pre-clearance, where US passport/immigration and customs procedures are completed before departure. The CBP officer took great interest in my reason for visit, asking lots of questions about my trip and aircraft. Ask why I hadn’t flown my aircraft across, rather than ship it by container. I was tempted to mention needing a weather window and possible difficulties from the Greenland (Danish) Authorities, but took the easier option by showing him a picture of the BZIM. “Wow, I see why now, Best of Luck” he said before stamping me through, into the USA, at Dublin Airport. I almost added “One day I might fly myself across”.

5hrs to kill in the 51st Lounge past quickly, with great views of the runway 28 threshold. Bit of a bummer they were using runway 10.

Miami flight departed on time, and was scheduled to arrive early, but a tour out to the Bahamas resulted in a slight late arrival. 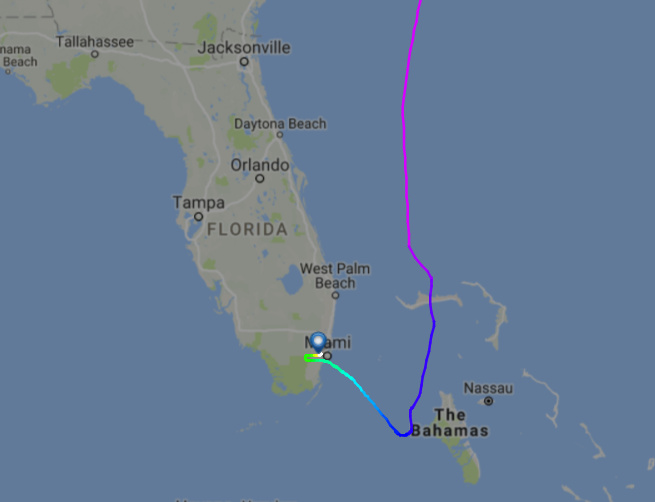 My plan was to get the BZIM’s wing built early, first thing Monday, but after visiting Homestead Sunday at 9pm, it appears the key I thought was for the hanger doesn’t fit. Perhaps I brought the wrong key or the wrong key has been cut? No worries. Access to the hanger will have to wait until Mr Roberts arrives now, after which the BZIM wing will be built.